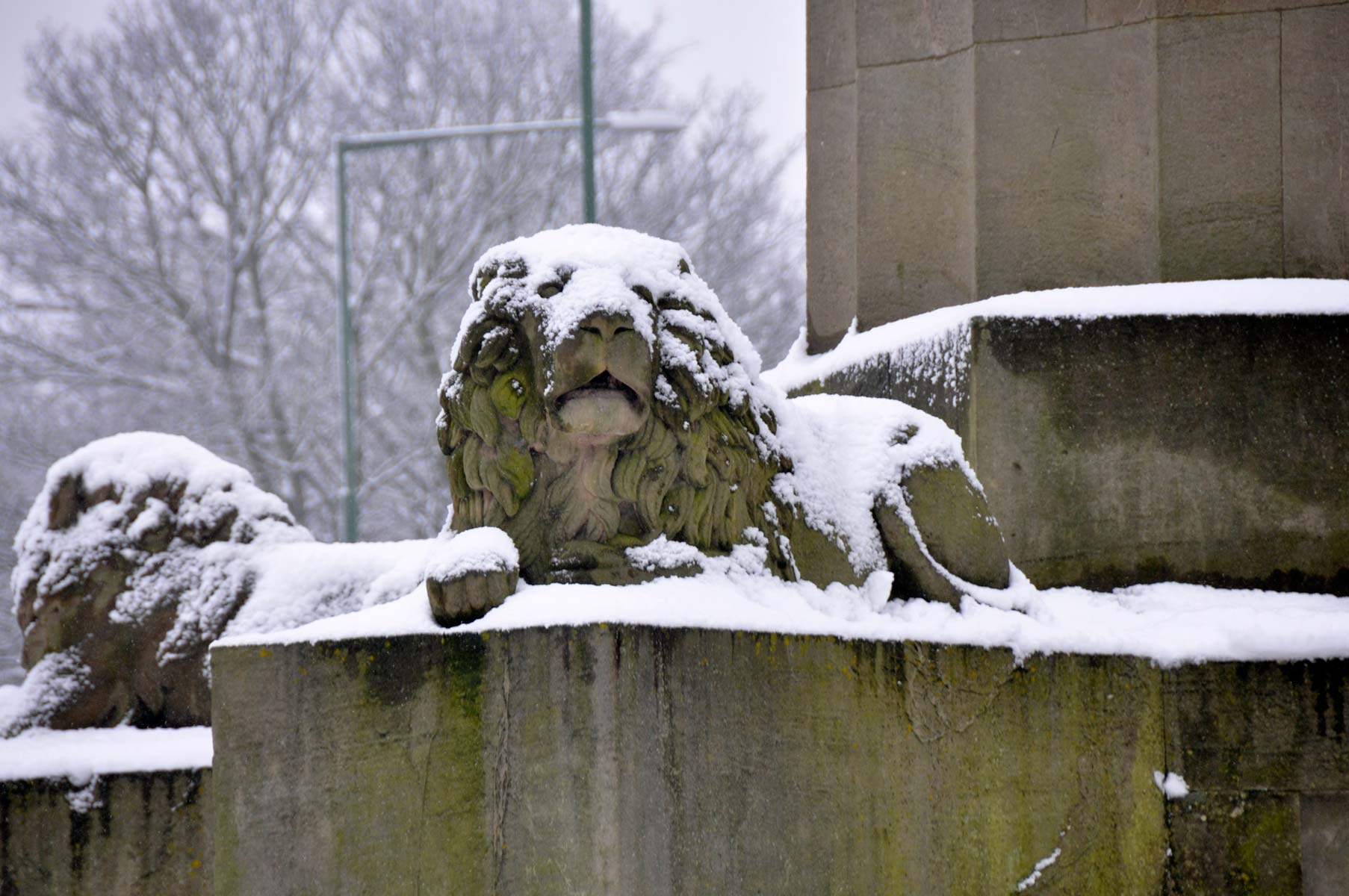 Wednesday 9 April 2014 found Chairman of Friends of Lord Hill’s Column in Shrewsbury, Richard Hayes, at the foot of the Column welcoming 28 Civil Engineers from the West Midlands region. They had come to climb the 172 stairs of  the internal cantilevered spiral staircase to the viewing platform. After strong winds the day before, the afternoon of the visit was calm and the sun shone from a clear sky – perfect conditions for enjoying the beautiful panoramic views over Shropshire and Shrewsbury. The Engineers also had plenty of time to appreciate the skills involved in erecting the Column in Grinshill stone in the astonishingly short period of 18 months between 1814 and 1816.  This period included the alarming 100 Days when Napoleon returned from Elba, seized power once more, and led his hastily re-organised  army into Belgium.   Even as the builders continued their work on the Column the battle of Waterloo was being fought. Exactly one year later, on 18 June 1816, the work was completed.

Grinshill Hill showed clearly across the fields of North Shropshire, and the views to Hawkstone,  Haughmond, the South Shropshire Hills and the Breidden were bathed in the late afternoon sun. No wonder that the Engineers have been e-mailing their appreciation –

“everyone really appreciated and enjoyed the tour”

“an amazing opportunity to have a look at the structure”

WHY NOT BECOME A FRIEND FOR A FIVER?  – AND HELP US TO REPLACE THE STATUE OF LORD HILL.